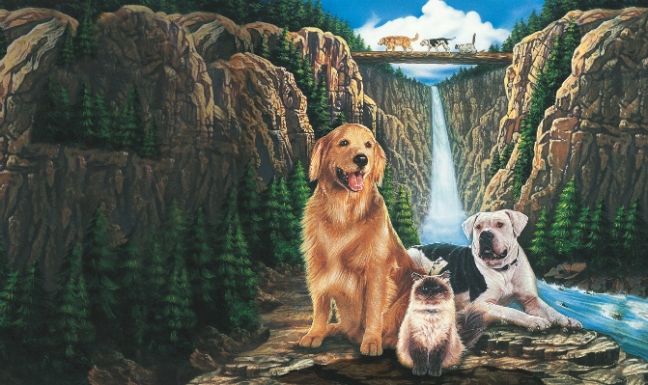 Now after much debate about what I should write about in the month of love, I decided on a post that I planned to write during November when Thanksgiving was in full swing. The movie I planned to talk about in this post was Homeward Bound, since it’s ending gives the indiction it was Thanksgiving Day and I thought it would be appropriate to discuss the importance of family given the holiday. As it would turn out, time slipped away that point and I did not finish it then. Upon recent reflection I found the topic of love could also apply and that it would something worth considering Valentine’s Day, which has already come and gone. 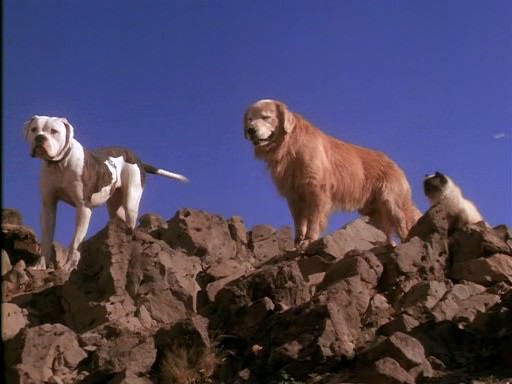 Now while I haven’t watched the film recently, I do remember the basic the premise of two dogs and cat going on a journey through the American wilderness in search of their human family. This was spurred by Shadow the Golden Retriever who’s concerned that something might be wrong with his boy Peter. Chance the American Bulldog who had been stray that was adopted from a pound has a hard time understanding Shadow’s display of love and loyalty since he had been hurt before. Through the course of the movie Chance comes to realize that love and family go hand in hand, and love can be difficult but ultimately worth it. When they believed they lost Sassy the Himalayan Cat over the waterfall, there is a conversation in which Shadow explains to Chance of their responsibility to love and protect:

“I had a responsibility to Sassy, to love her and protect her. The same as I have to you and to Peter. And the same as you have to Jamie.” 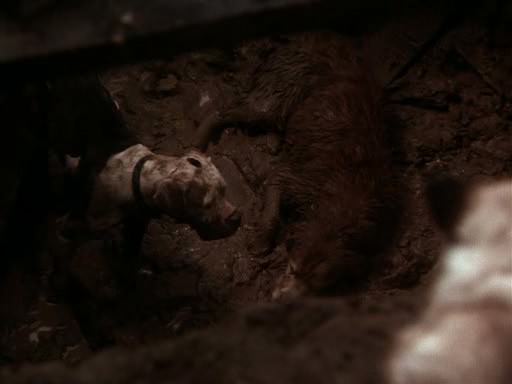 When Shadow was close to giving up when he was stuck in a pit at the railroad yard, it was Chance who steps in and encourages him to keep going, remembering everything they went through to get to that point.  It was also in this moment  that Chance says that he loved Shadow and that he would not allow him to give up. In way I think Chance took Shadow’s words from earlier to heart and decided to accept the responsibility to love and protect just like Shadow did for him.

This leads to reunion with their human family, each of them going one by one starting with Chance, Sassy and finally Shadow. Given the earlier heartbreaking scene at the railroad yard, it is uncertain at first whether Shadow made it, but when he appears over the ridge and comes running towards Peter, tears of sadness turn to tears of joy. Chance’s last lines of the movie sums up Homeward Bound in a nutshell:

As we turned to go inside the house, a strange new feeling came over me: I had a family. And I found out that sacrifice and friendship and even love were more than just the mushy stuff. At last for the first time in my life I was home.

How easy would it have been for Shadow, Chance and Sassy to forget about returning home and just find a new home accessible to their current circumstances. Chance at the beginning of the movie felt that way, but Shadow showed him there is more to life then just himself and he had a responsibility to love those around him and that he should not be so quick to give up on relationships. In the same way, Christians need to understand not only when to let go, but when to hold on. Our society has a tendency to move so far ahead that it demands we dissolve the bonds we have made with family and friends. Granted there are times where separation cannot be helped, whether by distance or death, but we have the choice to remain connected. Hebrews 10:23-25 presents us with this challenge:

“Let us hold unswervingly to the hope we profess, for he who promised is faithful. And let us consider how we may spur one another on toward love and good deeds, not giving up on meeting together, as some are in the habit of doing but encouraging one another – and all the more as you see the Day approaching.”

Let us then take on the responsibility to love and protect the people that God has put in our lives and may we then encourage them to same for others.